Glasgow is Scotland’s biggest city, with a growing population of over 630,000 people, the heart of the country’s biggest economic Region and home to three leading universities.  The city is home to many of Scotland’s leading cultural and sporting organisations and venues, and the city centre has retained its position as the biggest retail destination in the UK outside of London’s West End.  The past 20 years have seen the rise of a significant financial sector in the city, with this trend set to continue with the emergence of the Barclays campus on the banks of the Clyde.

The Glasgow City Region City Deal is of course a key driver in the ongoing regeneration of Glasgow, with projects across the city bringing economic, environmental and social benefits. These projects will be fundamental to the city’s economic and social recovery and renewal in the coming years, attracting significant amounts of private sector funding and creating tens of thousands of jobs.

The UK’s second most important centre in both retail and finance (behind London’s West End and the City) with a population of 28,000 and generator of 35% of Glasgow’s GDP.  Glasgow City Council’s City Centre Strategy aims to ensure the area retains and builds on this position by promoting opportunities for growth and investment, and the City Deal will deliver enabling infrastructure to capitalise on these opportunities through the £115 million Avenues programme, the biggest project of its kind in the UK.  This work – whose pilot demonstrator project, Sauchiehall Avenue, was completed in September 2019 – will include improvements to the public realm; the resurfacing of streets and pavements; ‘smart’ infrastructure such as surface water management systems and adaptable lighting systems; the creation of avenues of trees; segregated cycle lanes; underground facilities and reductions in vehicle traffic. 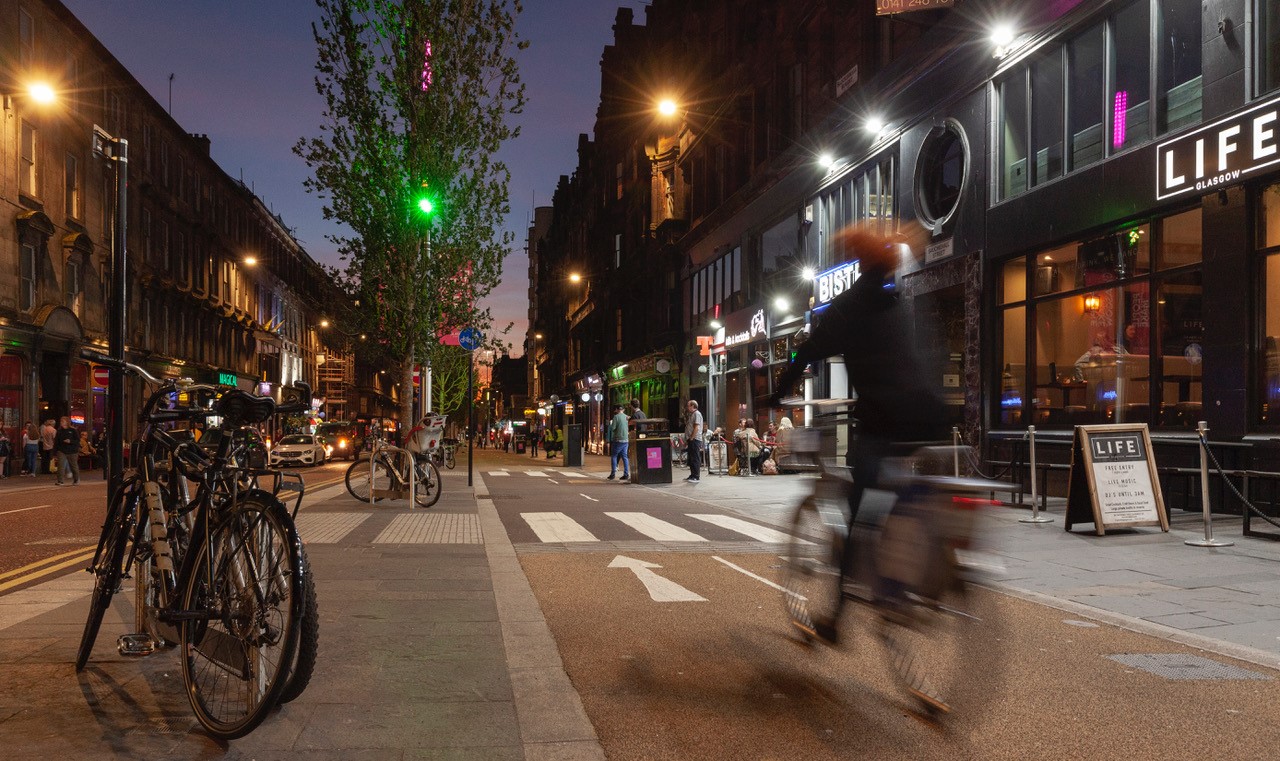 This area has fantastic assets, such as the Queen Elizabeth University Hospital Campus, Glasgow University, Pacific Quay and the West End, but has suffered from industrial decline, and would benefit from better travel connections.  The key objectives of this £113.9 million City Deal project are the unlocking of development potential of vacant and derelict sites for employment and housing, with the Barclays campus at Tradeston a key example of this; to enhance clustering and stimulate growth in the Life Science and Higher Education sectors and maximise the benefits of existing high-value industries; and spread the benefits of City Deal investment to tackle multiple deprivation, particularly in Govan.

The project will deliver a new bridge connecting Govan and Partick; a new pedestrian cycle route between the new hospital and the city centre; a new South Bank pedestrian route between Cessnock Underground and Pacific Quay; a new North Bank cycle and pedestrian route connecting Glasgow University and the West End with Govan, Glasgow Harbour, the SECC, the Govan-Partick Bridge and the city centre; improve quay walls along this stretch of the river, including the delivery of a re-aligned quay wall at Custom House Quay that will transform the public realm and allow a mixed-use development of flats, hotels, bars and restaurants with public access to the waterfront in what will become a visitor destination; and public realm improvements at Govan Cross (some of which is already complete), Byres Road, Church Street, Tradeston and University Avenue 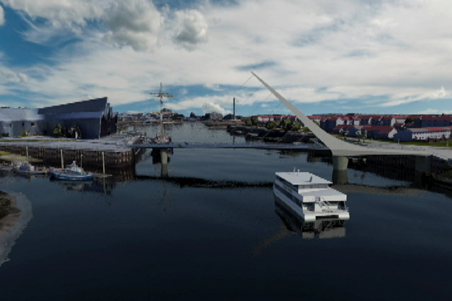 The £27 million Collegelands Calton Barras project is focused on improving accessibility and connections to the city centre and beyond; remediating sites that have been derelict or vacant to attract development to the area and to build on existing regeneration activities to improve the quality of place. Despite its superb location close to the city centre and major economic drivers such as the University of Strathclyde and Clyde Gateway, the area has poor connectivity and environmental quality which is being addressed through the future refurbishment of High Street station, progressing the existing Calton Barras Action Plan and the recently completed remediation of the historic Meatmarket site to attract onward investment. 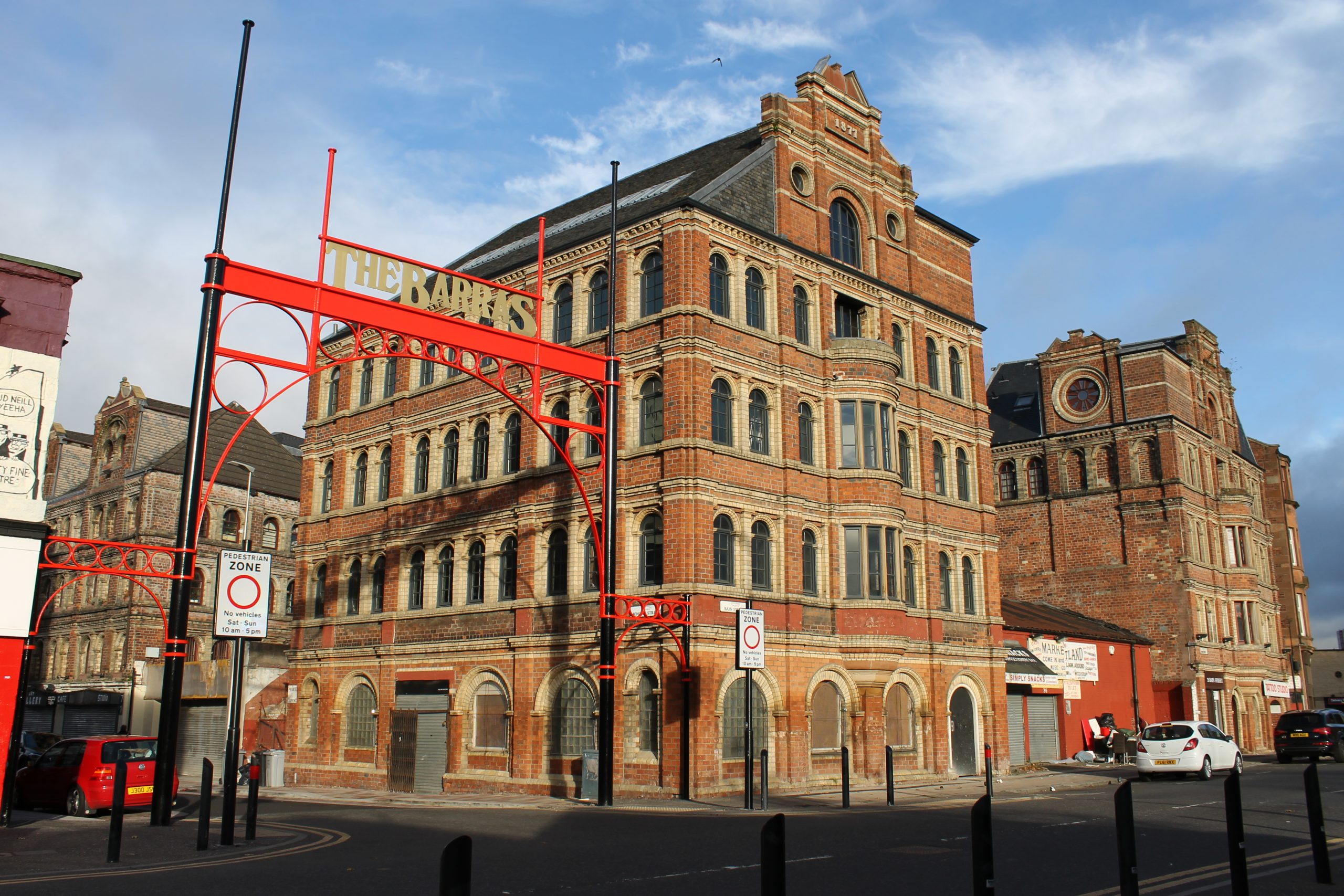 The £45 million City Deal funded Metropolitan Glasgow Strategic Drainage Partnership (MGSDP) is proactively working in partnership with key stakeholders to deliver a programme of schemes to ‘Sustainably Drain Glasgow’ – targeting areas across the city where rainfall adversely impacts communities. MGSDP projects are helping to increase sustainable economic growth by removing drainage constraints to regeneration and reducing the negative economic and social impact of flooding whilst enabling residential areas to harmonise with the natural landscape and greenspace areas. Drainage improvements will be delivered across 14 areas of Glasgow and includes work already completed to modify the Forth & Glasgow Clyde Canal to provide a drainage solution for neighbouring key regeneration sites. 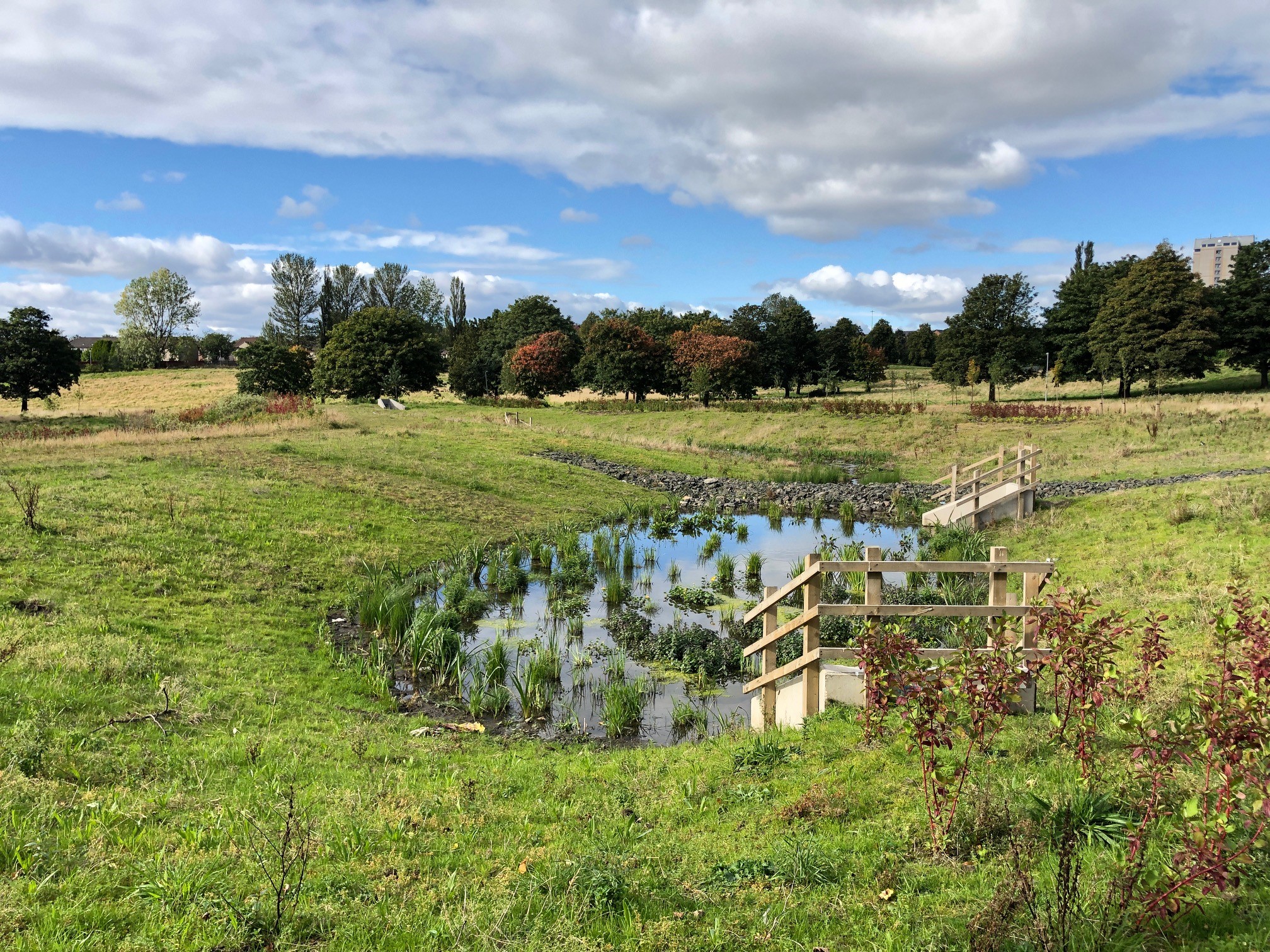 The £89 million City Deal funded Canal and North Gateway Project seeks to regenerate an underutilised, neglected and disconnected area on the edge of the city centre to a vibrant new city neighbourhood with sustainable residential communities at Sighthill, Dundashill and Cowlairs and a reinforced cultural community at Speirs Locks, complemented by a mixed-use commercial core at Port Dundas around the canal. This project includes interventions across various projects varying from site remediation and development, construction of new bridges – one complete and one underway in Sighthill – reconnecting neighbourhoods, pedestrian and cycling infrastructures, street lighting, junction upgrading and drainage infrastructures. 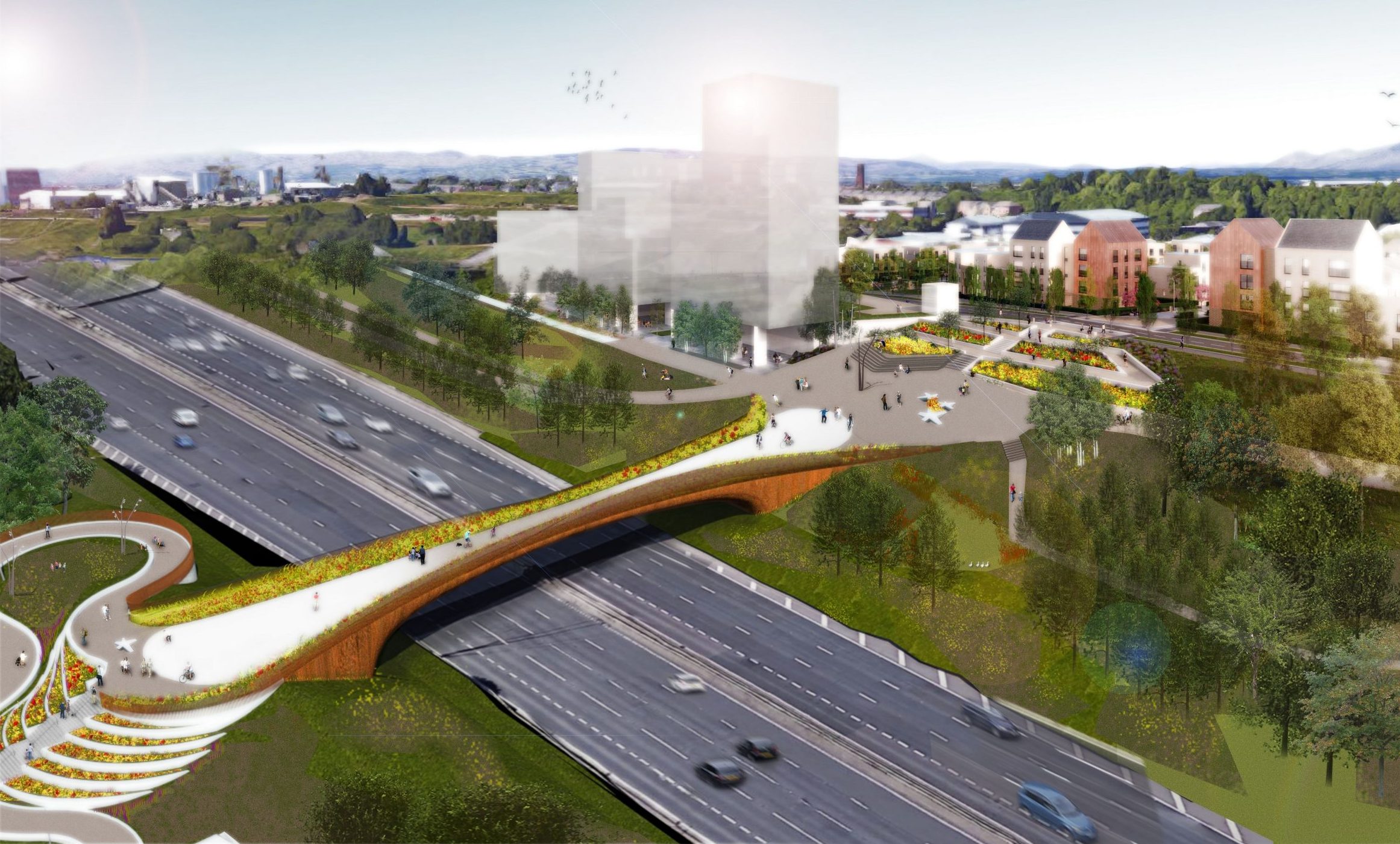 Glasgow and Renfrewshire Councils have agreed funding for Glasgow Airport surface access through the City Deal Airport Access Project (AAP). However as a result of developments within the transport landscape at a national, Regional and local level, and in particular the findings of the Connectivity Commission, the Cabinet has approved that the development of the AAP be paused to allow a Feasibility Study to be undertaken on an alternative Metro solution. Development of the study will be led by Glasgow City Council.

Plans to develop a Glasgow City Region Metro received a significant boost in February 2021 after proposals were included as part of Transport Scotland’s Strategic Transport Review (STPR2) – a publication which identifies the Scottish Government’s priorities for transport investment over the next 20 years.

Tontine, the City Deal innovation hub located in Glasgow’s Merchant City supports the growth and impact of businesses in the enabling technology, advanced design and manufacturing, and creative economy sectors by providing flexible workspace in a supportive environment with access to ongoing learning and networking opportunities.  Since opening in 2016, Tontine has helped many businesses scale up through their offer of support services tailored to individual business need as they increase in size or reach. The successful business accelerator’s environment, and access to a like-minded community is designed to incubate growth through collaboration.

For more information and the latest news visit the Glasgow council website.